James “Jim” V. Peterson (Composer/Musical Director/Producer) is the Founder and Chairman of COMMUNITY WORSHIP ARTS, INC.  Jim composed the majority of the music in THE ANSWER.  The idea for this original 2-Act musical was birthed as a result of a spiritual encounter he experienced in 1996, plus various “God ordained” appointments during the last 20-plus years.   As an ordained Minister, Jim served as Minister of Music for over 28 years. He graduated with a Bachelor’s Degree in Music from North Central University, Minneapolis, Minnesota and also completed advanced Orchestration courses at the University of Minnesota. His experience as a recording studio musician began while he was in college. As a published arranger, Jim has orchestrated over 300 musical compositions. He has created, written, and directed numerous citywide Praise Gatherings in Minneapolis, MN; Pittsburgh, PA; Detroit, MI; Elkhart, IN.  The most recent Praise Gathering was performed at the VICTORY THEATRE in Evansville, IN.  Jim has continued to lead worship and to provide music in various community and political events.  He and his wife, Cheryl, have been married for 34 years.

CHERYL TUPPER PETERSON (Playwright /Director) is the Co-Founder ofCOMMUNITY WORSHIP ARTS, INC. has acted and directed drama for over 30 years. Cheryl attended North Central University and, eventually, transferred to St. Cloud State [Minnesota] University where she graduated‘Summa Cum Laude’ with a Bachelor’s Degree in Selective Studies as a Theatre Arts major.  During her Theatre Arts training, Cheryl received several theatre scholarships and completed courses with a notable playwright atChatham University in Pittsburgh, PA. Having received training in playwriting and directing, she is a published playwright has been commissioned to write several seasonal plays and musical dramas. After receiving Frank Peretti’s permission, she created the Right to Life musical play, TILLY, based on Frank Peretti’s book of the same title; it was also performed at the Victory Theatre. The musical play, “Who Holds the Keys?” is an adaption of ‘Passion Play’ filmed by LeSEA Broadcasting and was aired on their TV network. Cheryl has also used her writing and acting skills to create interesting staged productions for political and community events which promote Judeo-Christian values.  Among her other achievements, Cheryl is listed in Marquis’ Who’s Who of American Women, editions 1999 thru 2002, for religious contributions and the 1988 edition of Outstanding College Students of America.  As a licensed minister, Cheryl has equipped other believers through prophetic and apostolic training, most notably through the DIVINIE ALLIANCE GATHERINGin 2007-2013, with her husband, Jim.  The Petersons founded this network to integrate ministries and the marketplace together to promote Judeo-Christian values.  Cheryl is also a licensed home care nurse. 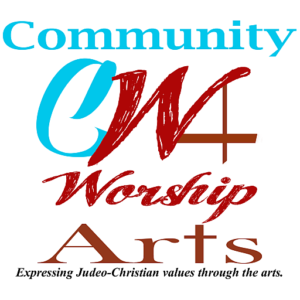 COMMUNITY WORSHIP ARTS, INC., is a para-church ministry promoting unity in the Body of Christ through teaching, worship and musical theatre events. The purpose of CWA is to unite fellow believers and non-reached individuals through events which impact cities and regions. What is impossible for one church or ministry to do alone is possible as we unify our gifts, our talents and our time together in spirit and in truth. CWA harmonizes these ministries and events promoting God’s Love, Hope and Healing through Christ and positive family values.  The Petersons believe all which CWArepresents must be established in honor, motivated by Christlike love, demonstrated with humility and guided by the revelatory wisdom of God.